Pato Rocca, VP of Engineering at Nubank, sat down with us for a super in-depth interview–if you missed part 1, click here to enjoy it. In this second and last part Pato shares with us how he keeps his team motivated, how to reassure distributed teams, and how COVID affected daily routines and work.

You deem emotional connection as very important, and that’s amazing. How are you handling that with a distributed team and, on top of that, a COVID context?

The short answer: empathy. The longer answer is still simple, and it’s that a little goes a long way. I ask everybody how they’re doing, how their families are doing, their weekends. And not only on a work chat, I reach out to them in more of a personal way too, I text them and let them know they can count on me. At the beginning of meetings, be that a team-wide meeting or a 1:1, it’s important to take a few minutes to put the human side of things first, always. Then there’s work, but we’re people first. And you need to be authentic about it, not to ask just because you have to, but because you’re honestly invested in knowing the reply. Understanding what’s really going on with their lives is what gives you better tools to lead them, you need to really connect to be able to be a good manager.

How do you create a safe space for people to answer freely, even when they’re feeling vulnerable?

You build that psychological safety with trust, and that’s based on transparency and honesty. If that’s not there, the situation is simply not sustainable. If it’s not genuine, reality will fail to meet expectations and when that happens more than a couple of times, the trust is broken. A quick example of that is someone canceling a meeting with little details, as opposed to canceling and telling you that it’s because they’re not well emotionally, so they feel like they wouldn’t be in the right place to handle it. Communicating that in those terms is absolutely transparent and trust-building.

When I started at Nubank I was an absolute outsider and was everything the team was agnostic about my new role, the trust is a precious asset you must earn. It took about three months to shift that perspective, like cracking a bad habit. I showed that I could freely communicate when I didn’t agree with something and stick to my guns when I really believe in something; that I cared about the people and that I was establishing the building blocks of long-lasting relationships. I wanted to help people grow and was genuinely invested in their wellbeing, and they could finally see it. I started as the head of Argentina and over the course of 12 months over 30% of Nubank’s Engineering team was reporting to me.

Did you have such a VP experience or was it a steep learning curve to get there?

I was actually coming from a bigger role at OLX, managing teams across Buenos Aires, India and Cape Town, but it was my first time working for a hyper-growth fin-tech company with such a small margin for error. That was tough, but the most difficult thing was dealing with the perception of being an outsider. But it ended up working out.

What are you leading right now?

You take such pride in your hiring process, how does that work with remote teams?

It’s a whole different thing. Nubank’s key to success is customer-centricity and building diverse teams, and the way to achieve that is to have local teams that understand your users. Going through that process of hiring remotely was a great challenge. It was very difficult for the Brazil team to feel confident while building a team they couldn’t see and of which we had virtually no visibility. The new teams were going to work with another market that the Brazil team wasn’t familiar with, so the team felt like we were going to lose control, and it would feel like a threat. A way for us to incentivize the Brazil team was to offer them perks: we would send them to Mexico to do what we call a recruiting-raid where the team would interview 10 to 15 candidates in a week, feeling a contributing part of the creation of this new Nubank office. People get to spend a couple of weeks in a cool country, we’d let them hang out for a couple more weeks for vacation. This way we accomplished a change in their perspective, from seeing the potential team as a threat, to actively being a part of the creation of the team and seeing the value in the process.

Ok, you’ve set up a great set of teams. Now it’s time to deliver, how does that work?

Resilience. If you’ve spent enough time and energy in finding the right people as we talked about: with a mix of startup and corporate experience; people that believe in your mission and that are in it for the long haul, the rest kind of falls into place and delivery happens with little to no hiccups. It’s about focusing on the strategy from the get-go. Of course, external elements can throw you off course, like COVID bringing the biggest financial downfall we’ve seen in the last 60 years, but a strong team that’s created consciously and strategically can handle it.

How do you keep a distributed team motivated? Especially during a complex context such as COVID as you mentioned.

As a leader, you need to understand that in times of crisis, people lose motivation and there will most likely be a lack of productivity and efficiency because difficult contexts mainly affect people’s personal lives. First off, you need to be as transparent as possible, to wash away any uncertainty regarding company-related information, and communicate frequently. In our case, we wanted to let people know that on top of that, we showed our collaborators that the business is growing and that we’re actually recruiting and hiring people. Then, you need to be extremely understanding of people’s personal situations, as a general rule but especially during a time of crisis. People might not be able to be online all the time, or have sick family members, or suddenly their kids need to be home-schooled , priorities shift and we need to be understanding. Last but not least is discipline, and to communicate how important it is to keep some sort of routine. Yes, we are all going through different stuff, but we can’t let that put all of us in self-centered mind spaces, we are still a team. Keeping these routines helps other teammates understand what can be expected of you, contributing to a sense of stability.

And on a personal note, how are you handling life during/post COVID?

The beginning was tough because I couldn’t see my daughters for over a week, and I didn’t know when I’d be able to see them. Fortunately, that’s all sorted out now. Regarding the rest, I tried hard–and succeeded!–to keep a routine: waking up, working, eating healthy, working out. Of course, not being able to socialize is hard, but I’ve gotten used to it. Work was a bit more intense because there were a lot of things that we needed to take care of in order to adapt to the current situation, but other than that, I’d say I’m very lucky. 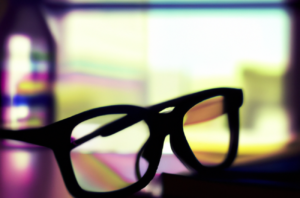 Why role clarity is important to an organization’s success 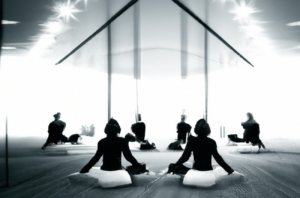 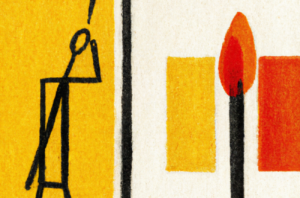 Tips for Helping Employees That Are Burnt Out