Are You Addicted To Work? Discover What it Really Means

Did you ever find yourself bragging about your workaholic lifestyle and being burned out?

How come is it that in our high-performing circles, taking a badge in our burnout level still sounds pretty good? Getting to a sustained burnout is basically admitting your inability to identify and regulate emotions. Or, in Adam Grant’s words, your lack of success to work on decreasing external demands, obtaining support or enhancing your control of the situation.

It is fair to say that the first is more contextual, and probably beyond our control. The second relates to our ability to reach our network for help, letting others know we are exhausting emotional resources, and that we are ready and willing to receive their help.  The latter, in turn, is largely more difficult to acquire and requires a long path of emotional identification and regulation, but mainly, it requires the proactivity to craft our emotions to avoid burnout situations (or recover from them).

Emo-crafters understand that emotions are not only a tool but a competitive advantage. And in consequence, constantly engage in activities of self-discovery and self-regulation of their emotions.

Emo-crafting encompasses, but is not limited to:

How does Emotional Crafting actually work?

It starts in a self-discovery path. You need to become proficient in identifying emotions, triggers, and transitions. Being precise in naming these emotions and assessing their intensity. Mood journals are a good tool for this phase, but you need to pick one that can challenge you as well, not only an emotional log. In this introspective journey, adding a little proactivity, you will start identifying patterns and situations and start experimenting.

Case 1: A manager was observing peaks of anger on Fridays when weekly reports were due and most members of the team procrastinated to send their status. This manager discovered that the process of contacting team members was actually a factor increasing negative emotions around anger. The interaction with other people to ask for something they were supposed to deliver meeting a commitment was a powerful trigger on an anger spiral, that usually ended in sour arguments with a report (and a regret on Monday’s for not being able to handle the situation properly).

With all this evidence, the manager crafted a few actions to minimize interactions, setting up automatic reminders, worded assertively but kindly, and that team members took as a serious but rather impersonal communication. The pattern of angry-Fridays was quickly reverted.

Case 2: A high-performer employee has the recurrent task of a weekly update of issue reports. She uses a mood tracker, and consistently associates days with this task with boredom. Although boredom may look like a rather neutral emotion, it rapidly shows as lower productivity and increased cynicism at work. She decided to take a treat after this task, and organize a technical talk after-hour with peers from the company and guests. As a result, days for updates on issues usually end on a high note.

As productivity is tied to proactive employees that are able to craft their job for exceptional results in the face of difficulties, so is the promotion of mental health at work linked to emo-crafters. Employees that will not claim entitlement for their burnout whose burnout scars are, far from a lightning bolt in the forehead, more similar to Forrest Gump’s.

About the Author: Patricio Maller is an advocate for humane workplaces and partner of Yerbo, the workplace platform democratizing mental health through burnout prevention tools. He holds a BS in Computer Science, with minors in Pedagogy and Psychology. Patricio led teams of user experience design and innovation for more than 10 years, both at management and director level, in organizations such as Motorola, Intel, and other innovative startups. Patricio has also a special interest in social innovation, co-founding a Social Innovation Laboratory that collaborates with local NGOs to generate greater impact through innovative techniques. 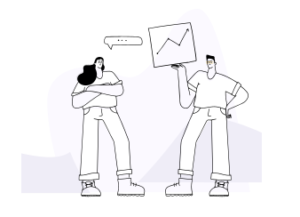 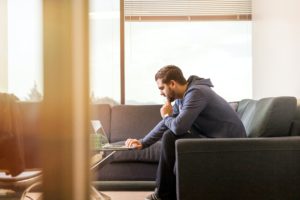 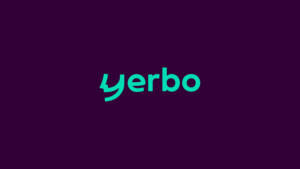 How a rebranding helped our company to focus. Hello Yerbo.